View the submission page for this entry

A downloadable visual novel for Windows and macOS 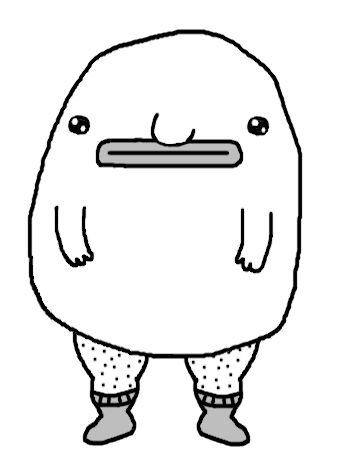 Hello, my name is Gregory Molina.

I just came to tell you that if you like epic adventures, you should totally download this game-thing.

Have you downloaded it already? It's pretty epic you know...

C'mon man, It's free! Do it for your pal Gregory!

Made for the "I can't write but want to tell a story" GameJam:

(Disclaimer: Gregory isn't an english native speaker, so if you find a particularly horrible grammar or spelling mistake, please let me know at sepi.gamedev@gmail.com and I will slap him on your behalf)

A very conceptual game. Gregory is like a solo indie dev, trying to be everybody at once to entertain the player, and then some players accept the game with all limitations, and others start to complain and demand until they make the dev sad or get their chop-chop.

Hey, thanks for playing, that means a lot! I hope you could have some fun with it!

Words...cannot explain how amazingly hilarious that game was! I enjoyed every moment of it, and the vast number of characters in it. Amazing =D loved it to death and best believe, a follow!

Sepi, you really need to stop lying to me like this. This is by far my favorite from you so far. The amount of work and love that went into this is unbelievable. Gregory is hilarious and the sfx and silly story plot had me giggling. I was playing this on my lunch break and wish I had the more time, I will be back to beat that key puzzle.

Keep up the great work Sepi, this is truly a gem in my eyes and you really are improving each game.

BAHHAHAHAHA Thanks for the laughs, I needed it today 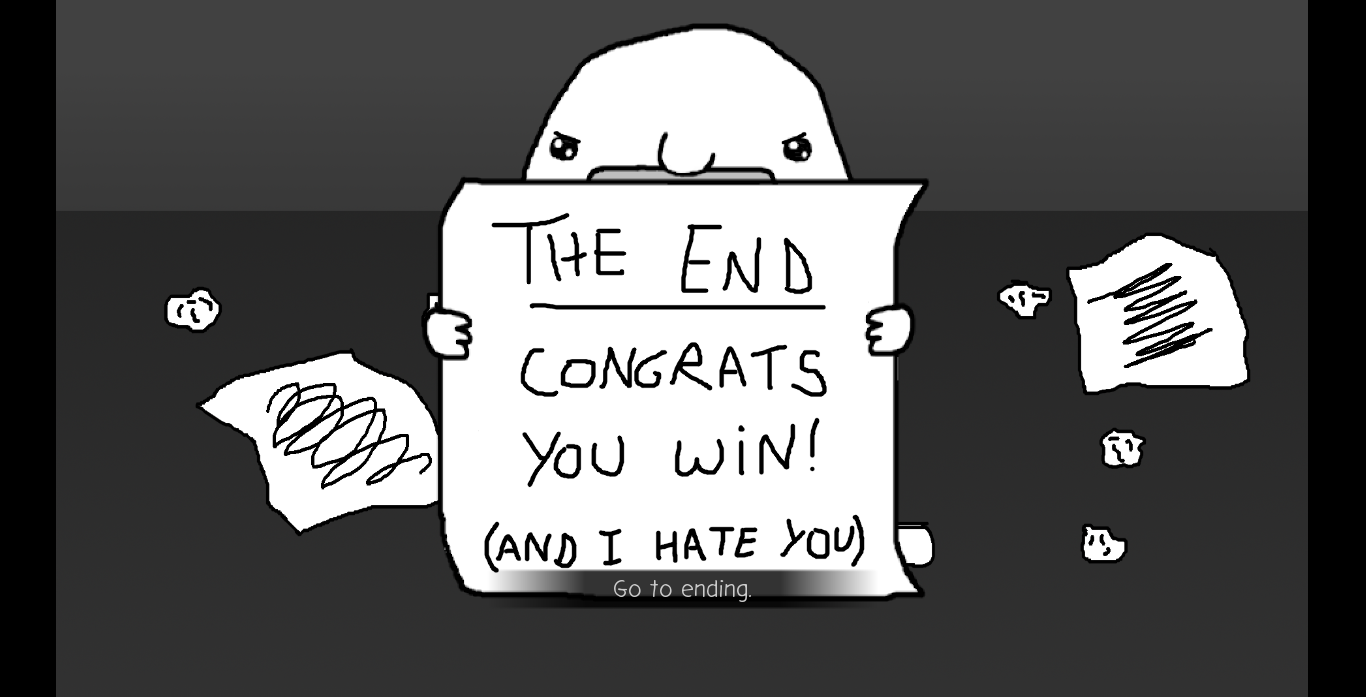 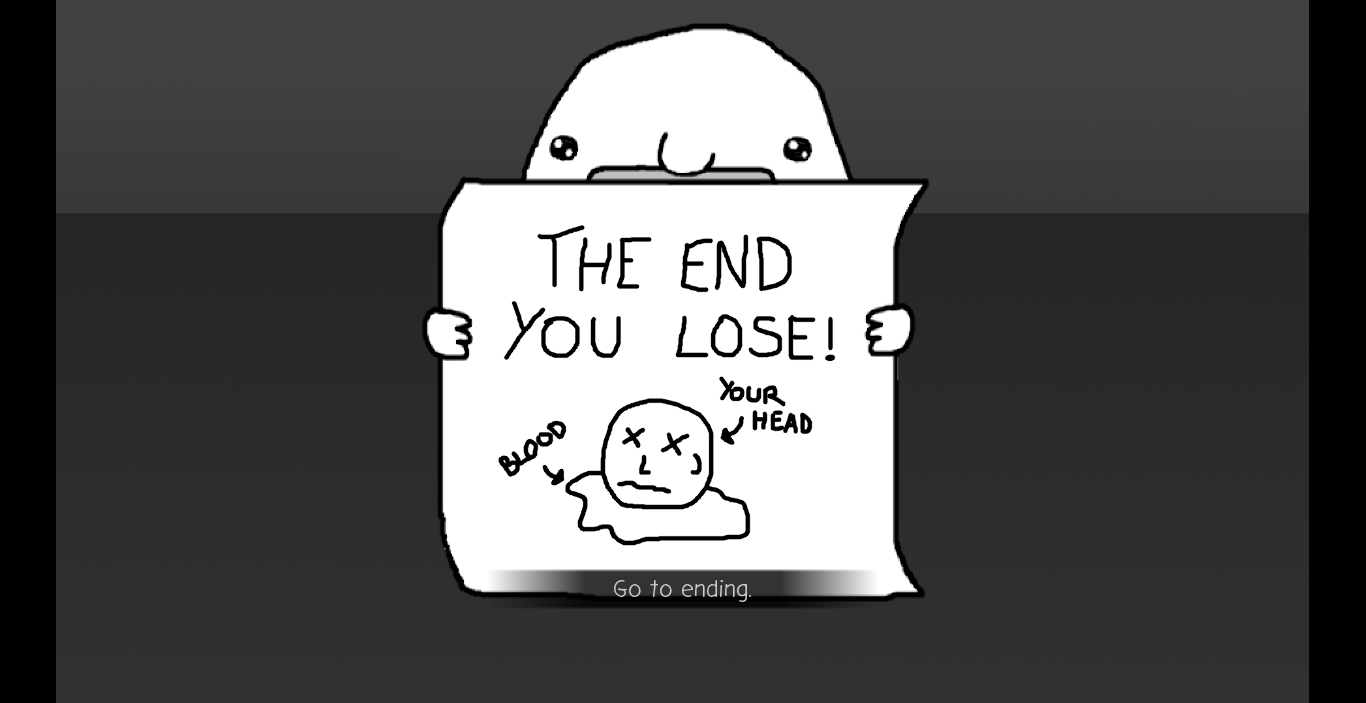 Thanks man! I 'm glad you liked it and I really apreciate the constant support, it means a lot!

I got your back brother

What a fine game! The epic adventure was swell! It was fun to go around through the areas and eventually get that True Ending. I was absolutely shocked at the truth of it all! Anyways, it was very nice, and I liked the sound effects too. I would love to be friends with Gregory, he's hilarious, haha!

Thank you! I'm happy that you had fun playing the game and that you liked my pal Gregory! He can be annoying but he is a good boy, maybe a little affected by the quarantine haha

This was overall a really charming little game! The artstyle was rather unique, the jokes made me laugh, and I actually connected with Gregory on some sort of level! Each of the endings was rather unique (though #2 did take me a lot time to find, and a lot of disagreeing with Gregory) and the only real advice I have in terms of pacing is there seems to be a lot of "..."s and general filler dialogue in between CGs and gameplay - I don't know if this is something that Ren'py just does, but removing it would make certain segments (especially endings) flow a lot better!

I really enjoyed the game overall! Good job for completing the jam!

Thanks, I'm glad you enjoyed it! I tried to hid the ending #2 as much as I could, I think you are the first one to find it! Its actually an easter egg of my "I can't draw (again)" submission. I don't know what CGs means, but I got other comments about the pacing and the "...". Thats entirely on me, not ren'py, I legit though most of the "..." were funny to be honest haha.  I'm really not used to do narrative games much less in english. It was a nice expierience though and I'm happy to know you had some fun playing it. Thanks for giving it a chance!

Thank you so much! I'm glad you liked it!

Hi. I  played and recorded your game on a video. I love it. I got three different endings. Every time I found something funny and unexpected during the game. If you want me to delete the video, let me know. However, if you like the video, I make videos for such developers like you every day. I will be happy if you subscribe. Anyway, I had a lot of fun playing your game, and I am looking forward to playing more of your games. I would love to make another video with your games in the future if you are fine with the idea.

Thank you so much! I'm really glad you liked my little game! I'm subscribing right now, I really apreciate your support to new developers that are learning/starting! If you want I would love it if you play my previous games! They are much shorter and almost without dialogue. Thanks again for playing!

Thank you for making amazing video games. I will check out your other games soon.

Also, I am hosting a game jam that is going to happen at the end of September. You will be able to win some money to buy a pizza for yourself. I hope you join us. The link is here:
https://itch.io/jam/totally-ranked-jam

I just joined your gamejam! I'm really not very confident with my skills to make a game in just 4 days so I don't promise I will get to submit (Im a newbie). But I will try!

It is all fine. I don't expect anyone to make anything big. This jam is beginner friendly.

Loved it. This game is absolutely charming and you did a fantastic job creating something in a new engine. Even your bad end links up to something comical. Keep up the great work and I can't wait to play your next game. 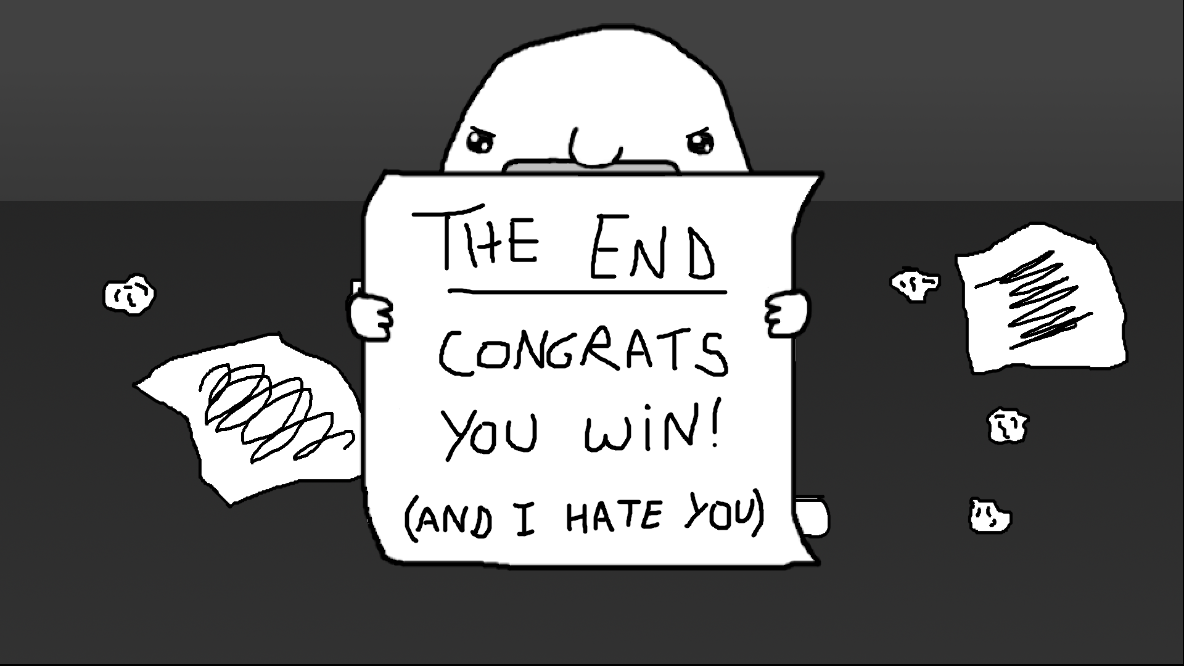 Hahaha thanks for playing man, I'm glad you enjoyed it! I tried my best to make that ending extra annoying, I put it everywhere hahaha. If you don't go super carefully with Gregory he will be ofended and end the game lol

An adventure/comedy game about a talking, anthropomorphic blobfish called Gregory?

I'm already sold on the premise. 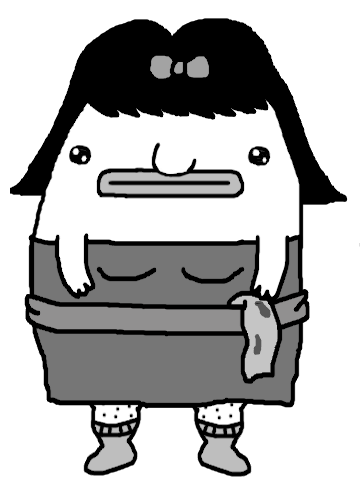 I'll be waiting for you cuite ;)

Yeah! I got the true ending !! Great game, it makes you live a real adventure like the old RPGs, visiting incredible places, solving puzzles, having tough fights and making great friends. Enjoy getting all the endings. Another very good game from Sepi! Congratulations!

Thanks enrikettiiii! Gregory send his regards!

Pretty good writing for not being a native speaker of English! Sure, there were a couple typos here and there, but nothing that made the story incomprehensible.

The sense of humor and art style were my favorite parts of the game and they were both consistent. And I was thankful that the puzzles were easy.

I ended up dying twice, but the second time I managed to get 2 of the treasures.

Is there a way to save your progress in-game? I saw a load screen but don't remember there being a place to save.

Some of the dialogue and responses get to be a little repetitive, so I think that would be something to improve if you decide to make a new version of the game.

Good job on getting your second game out!!!

Thanks man, I'm glad you could enjoy it! Yeah, the puzzles were more like bad jokes to be honest haha.

You can go to the load/save screen by either pressing the esc button or the right mouse button. (You can also go back in time using the mouse wheel)

About the responses being repetitive you mean the writing or the audio? For the writing I agree, I was way out of my confort zone writing in english, I will definetly improve that when I decide to do another visual novel. As for the audio I wanted to record a lot more weird words and noices, but I was running out of time sadly. I recorded/implemented the entire audio on the last 24hs hahaha

Thanks again for playing and for the support man!

Scrolling back in time with the mouse wheel sounds convenient. I'll have to try that out next time!

Mostly the writing. Even if you just got rid of the dialogue that is just "..." I think that would make the game flow better. The ideal goal is to make every dialogue exchange unique.

It would be cool if the audio was different for each sentence, but that would take considerable time, effort and creativity. When Gregory talks it almost sounded like a Minion language. :)

I played Gregory again and found 3 of the 5 endings (#1 sad, #3 chop and #5 true ending). This time I also made sure to press Esc so I could save the game, which helped immensely. It might be because of the game engine you're using, but it wasn't very obvious that pressing Esc would do anything, I just assumed previously that it would exit the game or something.

I like the overall art-style of the game. It's very consistent and I like how it looks hand-drawn. The characters and backgrounds are easy to see and have just the right amount of detail.
As far as the puzzles go, I honestly am not much of a puzzle person, but I loved the one where you play the game of cups with Tavern Gregory. That was really funny and easy. And of all the Gregory characters, Tavern Gregory with his little mustache is by far my favorite.

Some of my favorite RPG's have moments where you get to go back through the world and interact with some old characters again, usually to see how things played out for them. I was pleasantly surprised to see something similar here where you can revisit all of the old locations and characters before ending the game. Very nice touch!

On the main menu screen, a lot of the sub-screens are hard to see because of the transparency. Especially the "About" screen. It just makes it confusing to read and navigate when you can't tell what text is supposed to be in the foreground and what text is in the background. Again, this might be more of a game engine thing, but maybe you can tweak it to give more contrast.
The only other improvement has to do with the key in jail puzzle. So many of the keys look the same that it took me a while longer to figure that one out.

I don't even know where I would start to get endings 2 and 4, but I was pleasantly surprised to see that there were 5 endings and not just 3.

Just saw on your profile that you have 3 games published now -- amazing progress! Keep up the good work man!

Thanks for the detailed feedback man, I really apreciate your constant support! This was my first ren'py game, I learned it for this jam, so I had noticed some of the things you mention but just couldn't really figure out how to fix them in time hahah. I agree about the keys puzzle, being the only "difficult" puzzle or even "real" puzzle it doesn't really fit all that well. 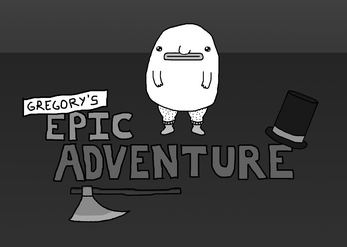